The sophomore calls Wiltse “really great” and “really funny,” and went so far as to post a tweet of his professor’s response to an email confirming the time of an exam. The tweet quickly went viral, racking up over 182,000 likes and over 48,000 retweets in just days.

Clearly, other students related to the terse, one-word reply Walker received from his professor.

Wiltse told BuzzFeed News that he had no clue Walker had posted that tweet until it began to go viral. “”I’m pretty short and terse in the emails that I send, particularly to people that know me, like Kade does,” he said.

“And I tell students, you know, I’m getting fifty-hundred emails a day, so you’re going to get pretty short replies, and that’s just how it is.”

“It has nothing to do with, you know, how much you value the student or care about them. You just send off the critical information, and that’s about it.”

But perhaps the funniest part of the story is the fact that Walker neglected to give credit where credit was due—the worst mistake one could make when dealing with a college professor. Wiltse was offended he wasn’t even mentioned for his clever wit.

So the professor responded to Walker’s joke on Twitter with his own joke…which went even more viral than the original.

I'm apathetic out of affection.

“It was just a casual exchange between a prof and a student who like to give each other shit. And it blew up far beyond our circle for reasons I’ll never know,” he wrote.

Other students quickly began sharing their own humorous “serious, professional, and respectful” emails from professors. 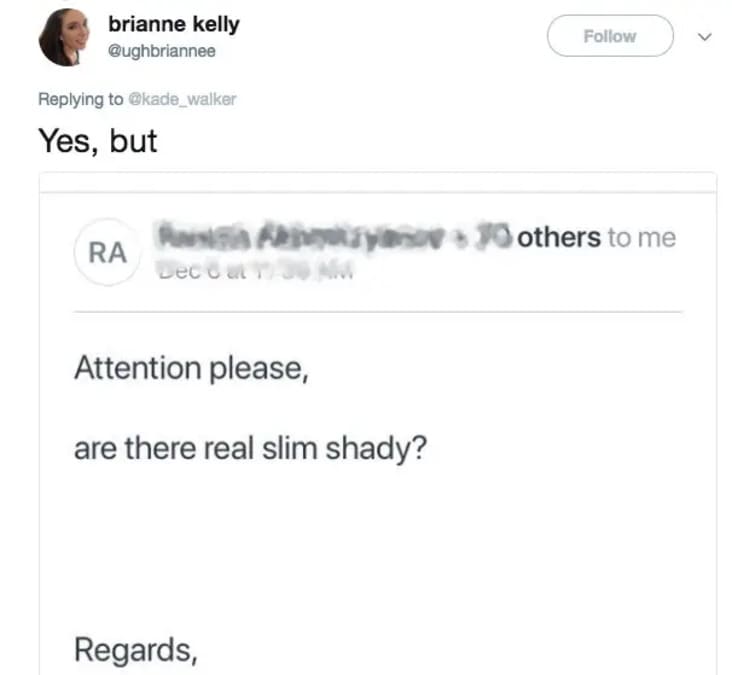 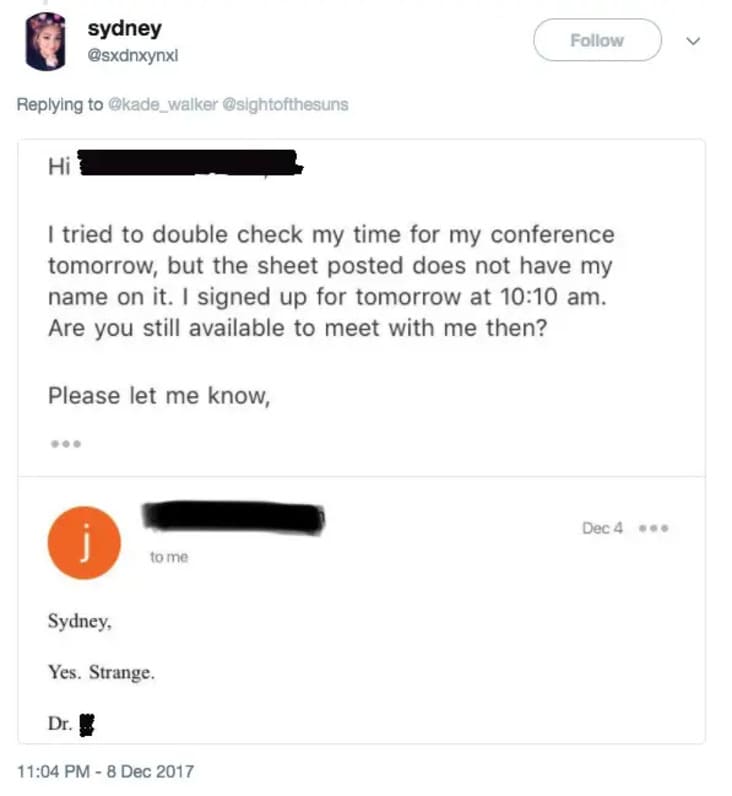 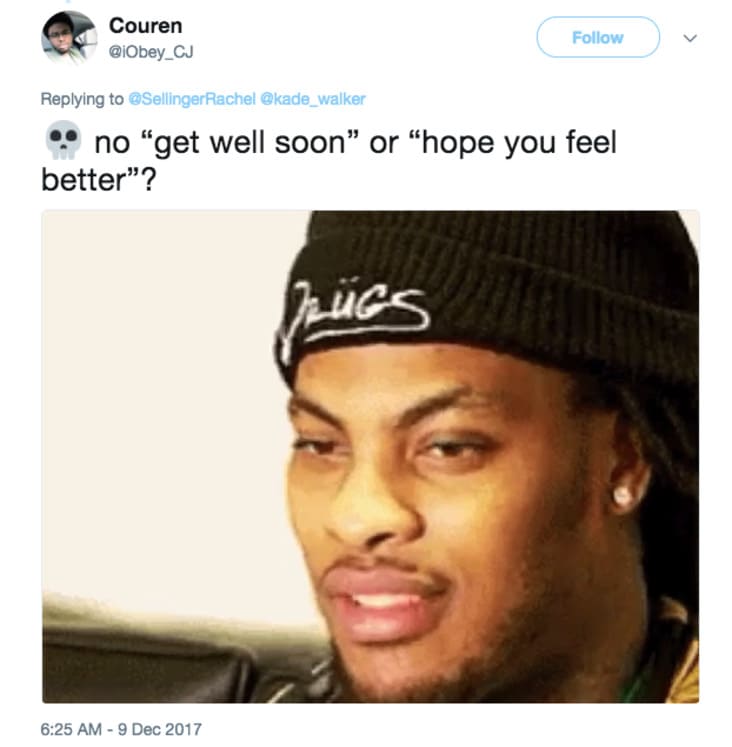 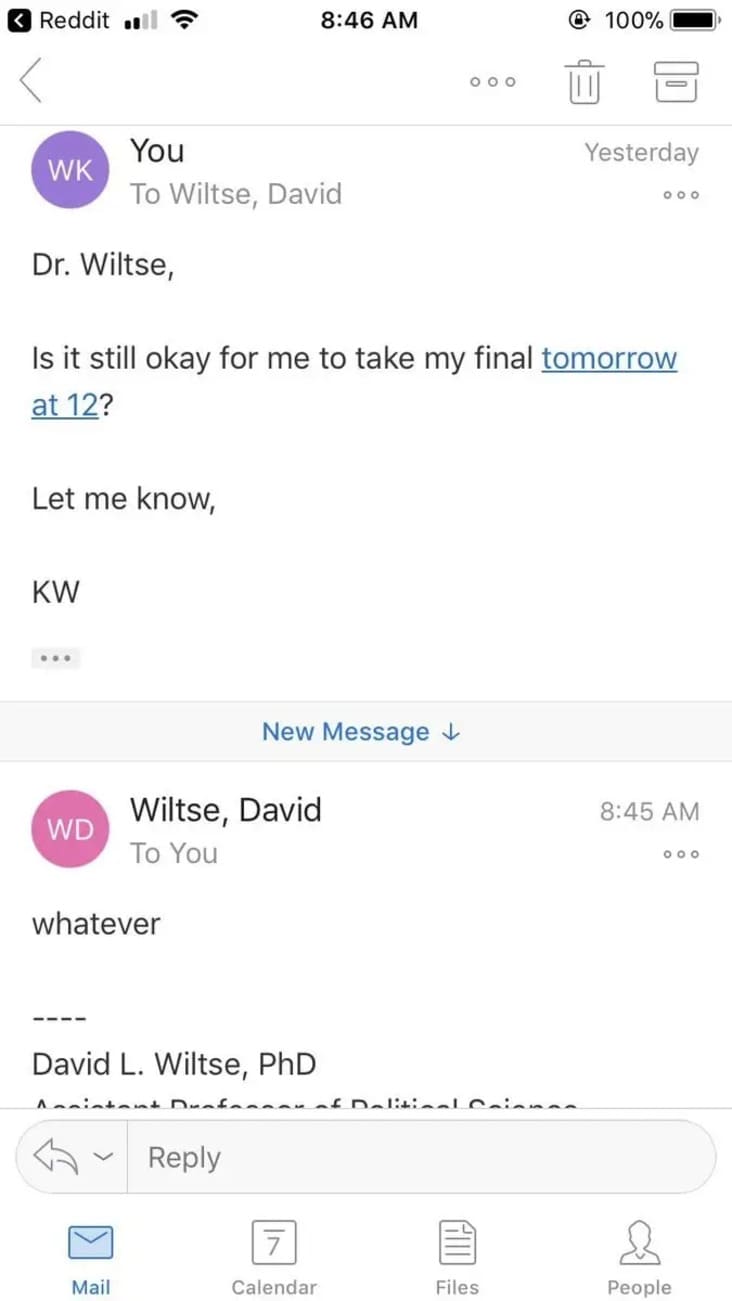 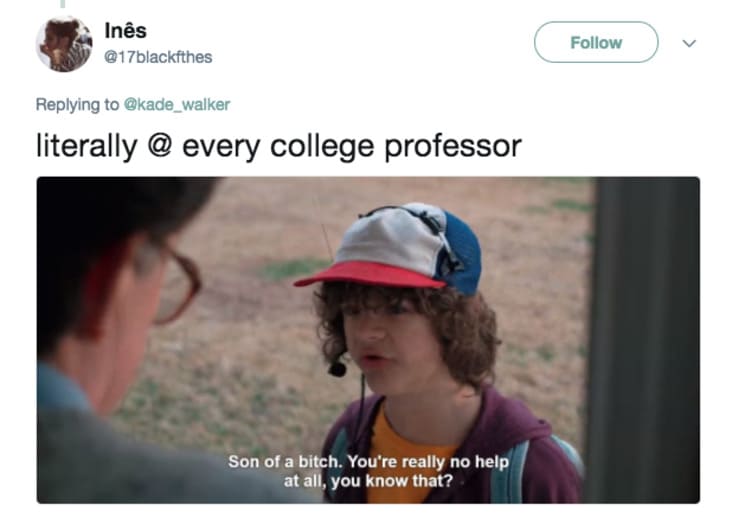 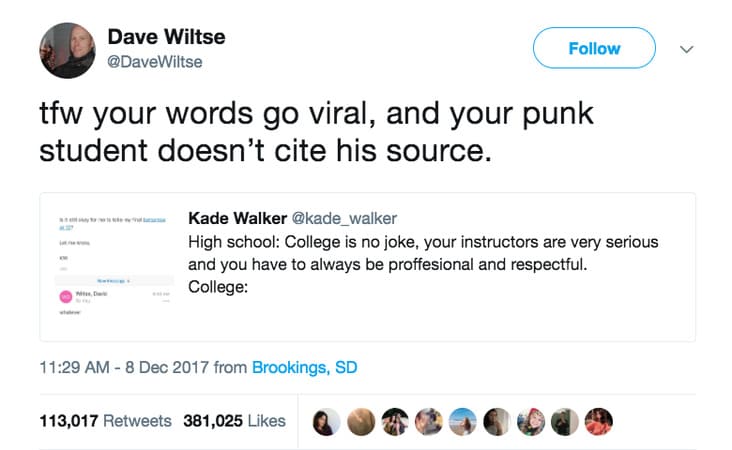 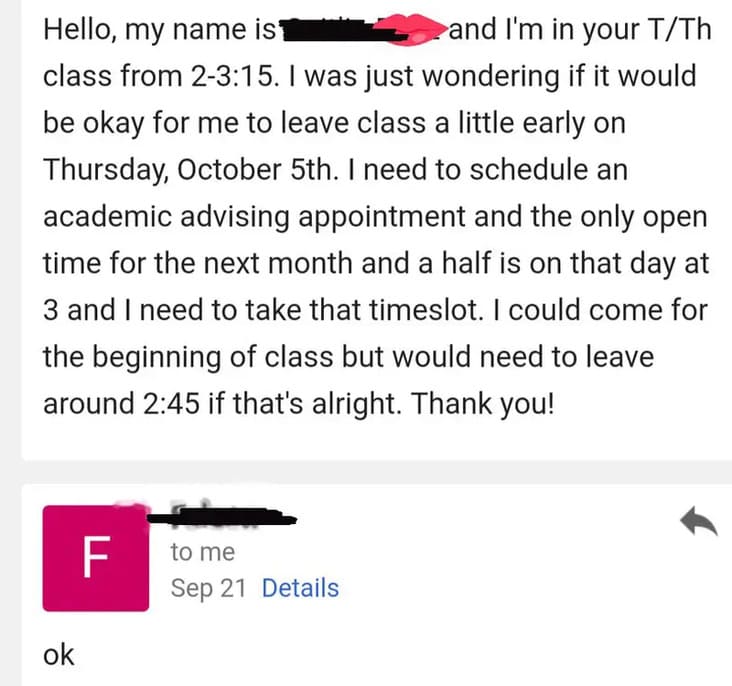 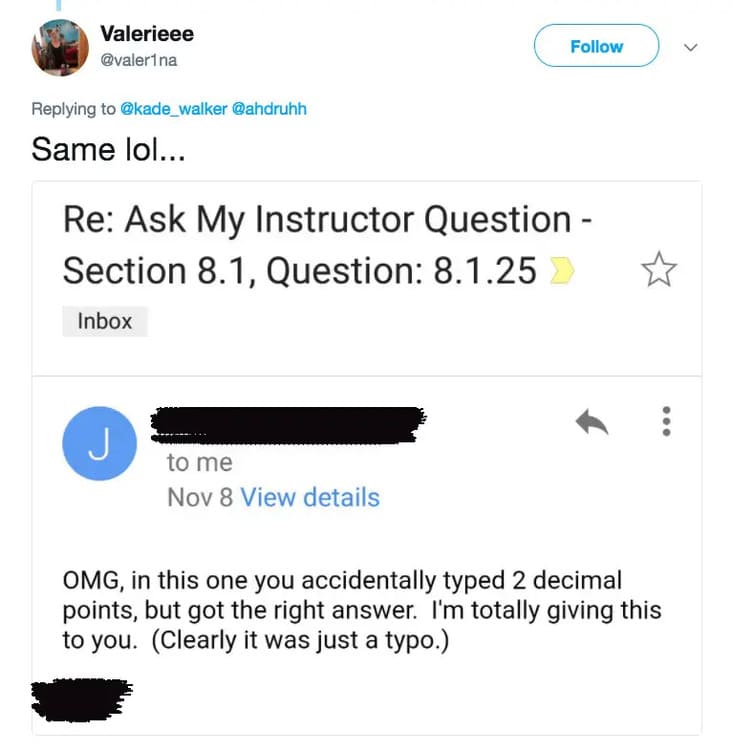 As for whether or not Kade Walker passed the final…

Ok but the real question is did he pass the final or not?

I guess we’ll never know. (FERPA is a federal law that protects the privacy of student education records.)