Everyone has a family story that people won’t believe. Deep down, we all have crazy family members who do things that others deem unthinkable. But, they’re our family, so we love them til the end of time.

While our crazy family can be really annoying and hard to deal with, the bright side is we can use all of the embarrassing and unbelievable stories to gain popularity online–like on Twitter.

Twitter user @PrinceCharmingP shared the story of his mom and stepfather when they were 17-years-old and their decision to buy a Capuchin monkey, even though they were both drug dealers and it’s pretty suspect to have a pet monkey. 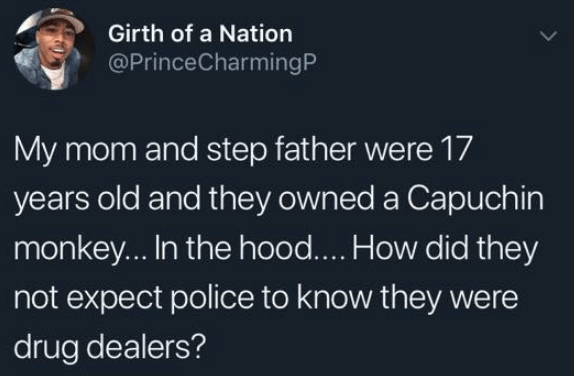 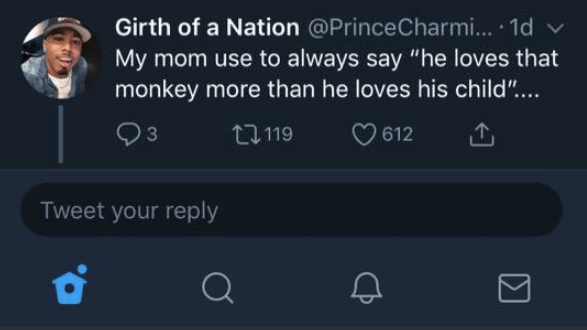 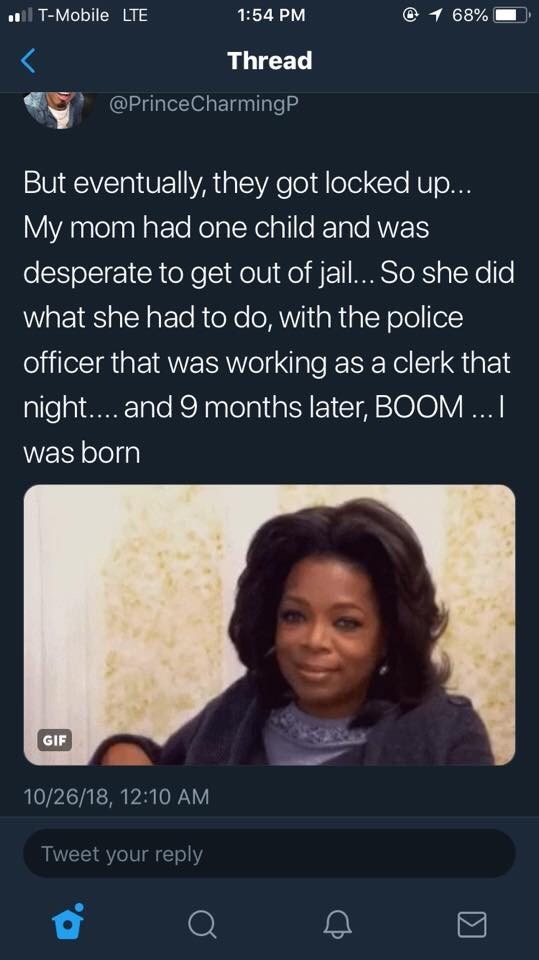 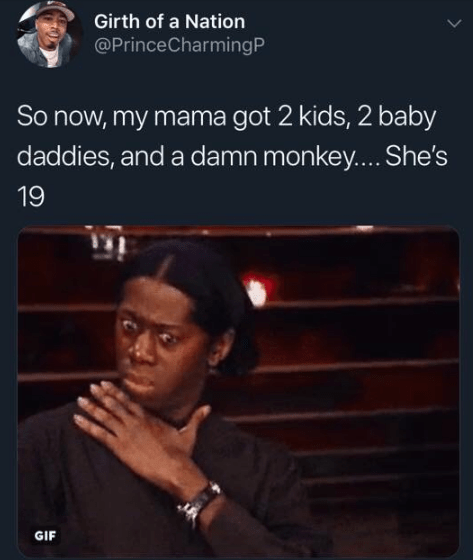 Essentially, the monkey was causing some “extra stress.” 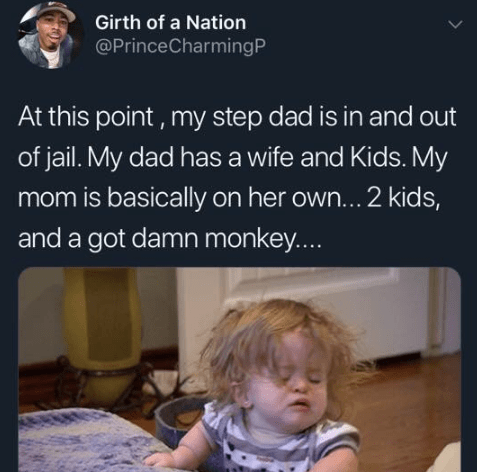 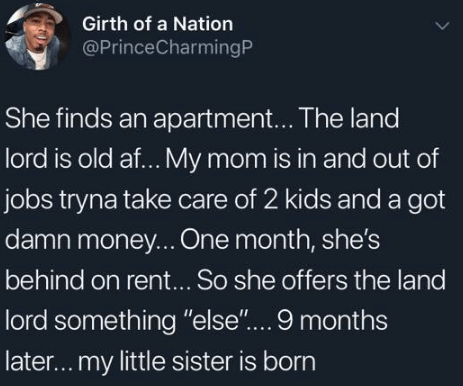 Can you imagine having three kids with three men at 23-years-old plus having to take care of a damn monkey? 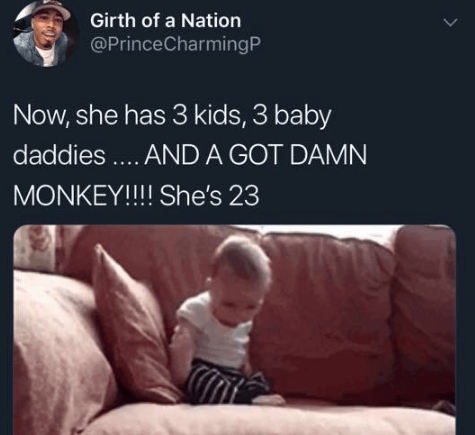 But, eventually, his stepfather came back for his beloved monkey. 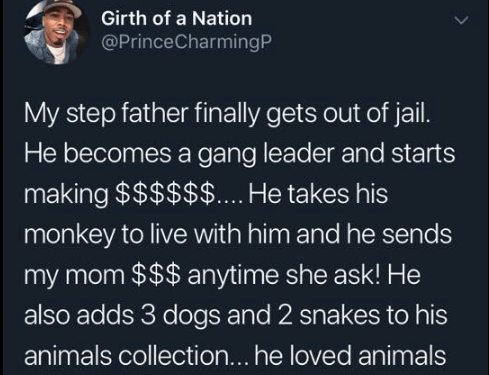 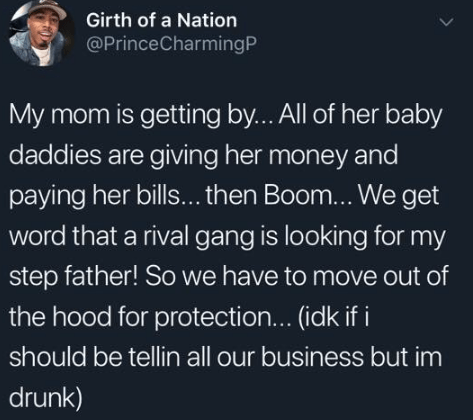 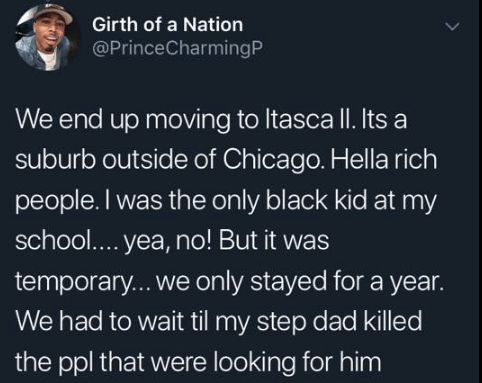 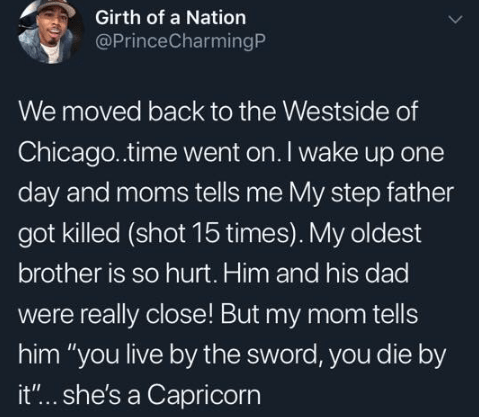 At the funeral, the monkey was obviously upset. 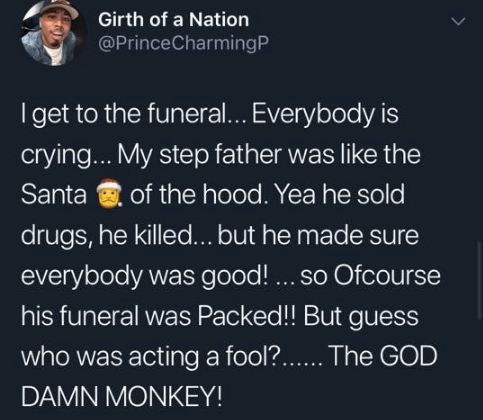 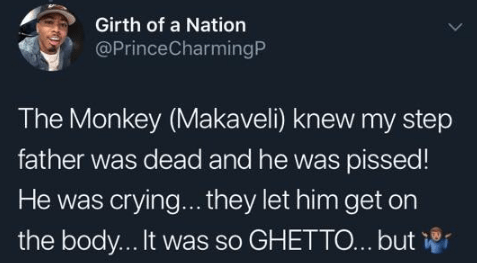 Can you believe it?!? 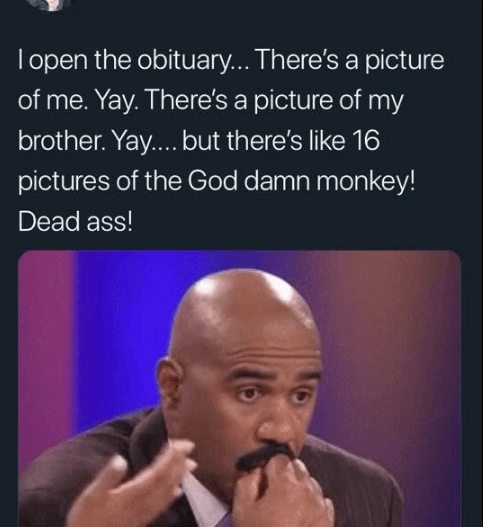 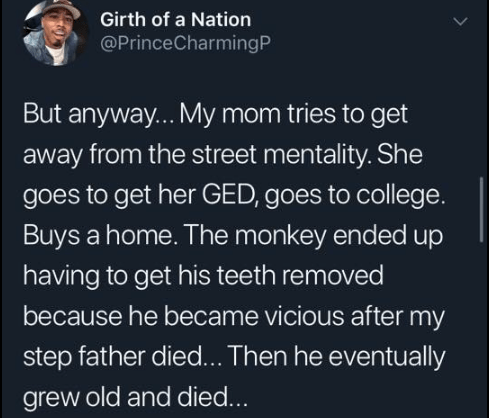 And, in case you were wondering just what this monkey looked like… 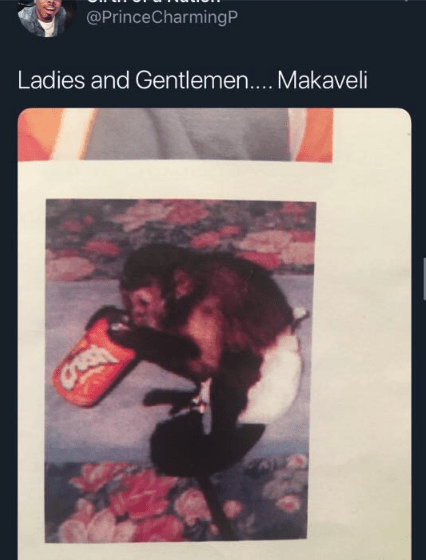 And, that, ladies and gents, is the wildest ride I’ve had in quite some time.