While it doesn’t necessarily take a sh*t ton of money to make a person utterly annoying, disgusting, and shamelessly spoiled, it sure does help! And I’m not talking about a little huffing and puffing every now and then when someone doesn’t get their way (although that sh*t is annoying AF) — I’m talking about the wretched kids of the world who think it’s normal to get taken to Paris to buy new clothes for school over the weekend and then complain when they actually wanted to do it in Amsterdam.

We all know that one spoiled brat. Maybe it was a girl from your high school who threw a temper tantrum when she got a new Mercedes-Benz instead of that BMW for her 16th birthday. Or maybe it’s your little brother who, after relentlessly screaming at your parents, got the new Xbox game console while you were over there still saving up for an iPod circa 2011.

Sure, not all filthy rich kids grow up to be spoiled little monsters, but it only takes one Ivanka, one Kylie, one Jaden, or one Chad from 5th period algebra to give the rich and famous a bad name. BRB — going to weep into my barely there checking account.

You won’t believe how out of touch, so mindlessly spoiled and privileged these 23 people are: 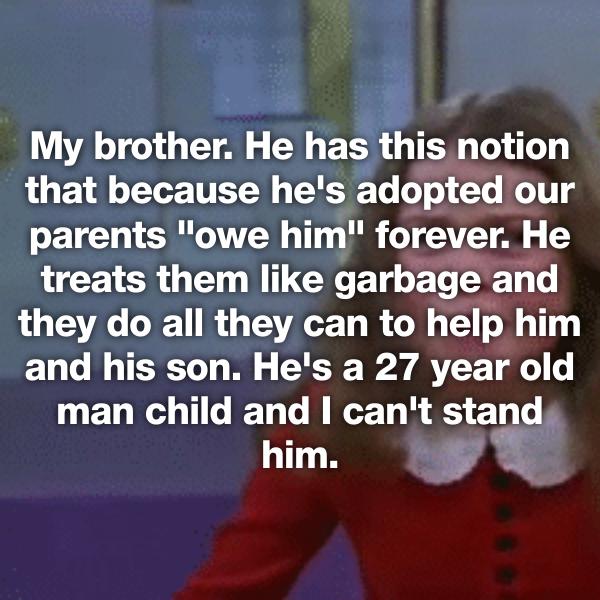 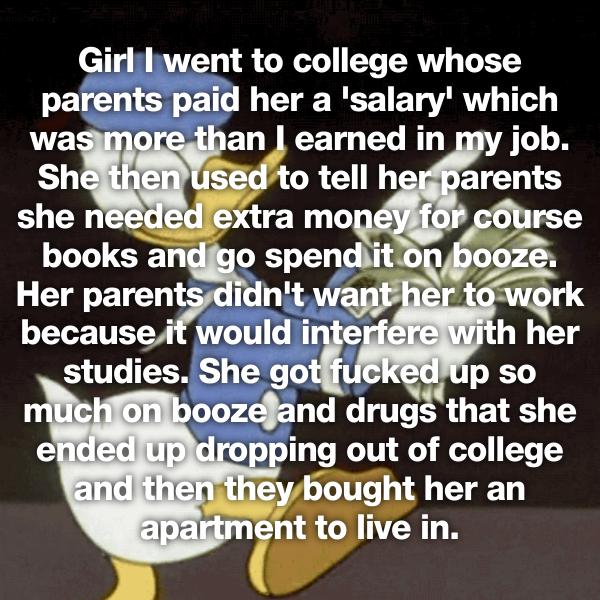 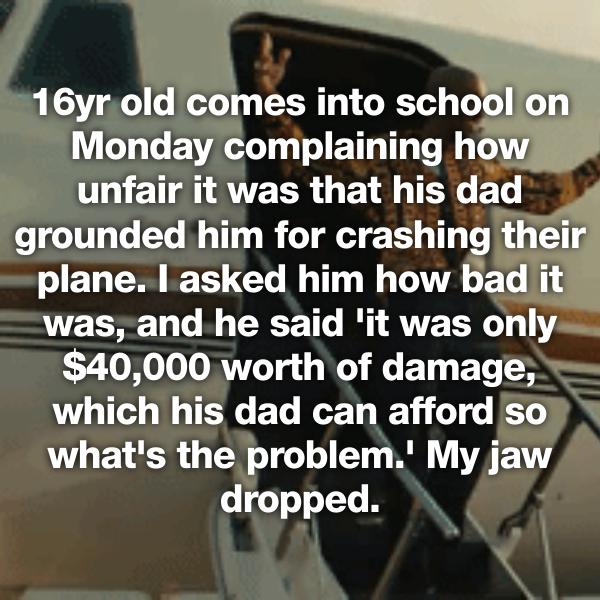 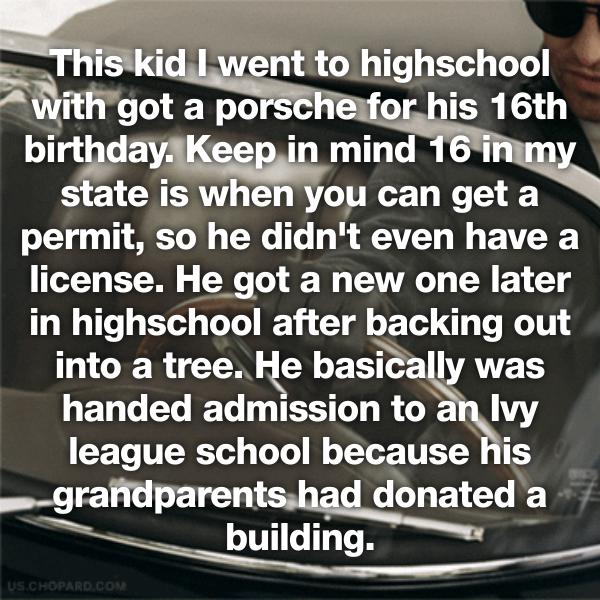