Actor Ariel Winter, 21, has been in the public eye since she was 10 years old when she started playing Alex Dunphy on Modern Family. Obviously she’s grown up quite a bit in the past 11 years and unfortunately, that means that she’s had to field a lot of comments (and headlines) about her body changing.

She was open about her breast reduction surgery at the age of 17, but that didn’t stop people from trolling her about showing the scars. Now people are going after her for being “too skinny,” as though she’s become skeletal (she has not). How dare this person try to have a normal body and not have to discuss it with strangers!

Earlier this year she sarcastically responded to someone who commented on her Instagram, asking if she was on coke or meth. Wow, what a nice question to be asked by a total stranger on the internet!

She wrote, “And yes! My psychiatrist switched me from my previous anti-depressant that didn’t work and made me gain weight, to coke/meth!! Definitely not a new one that worked and regulated my metabolism. Coke/meth was a controversial decision but she stands by it.” 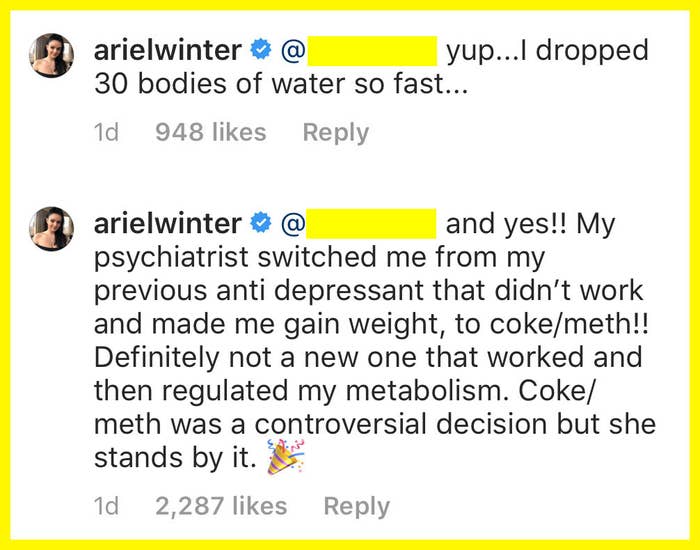 This time, Winter responded honestly and without sarcasm to the question of “why so thin?” 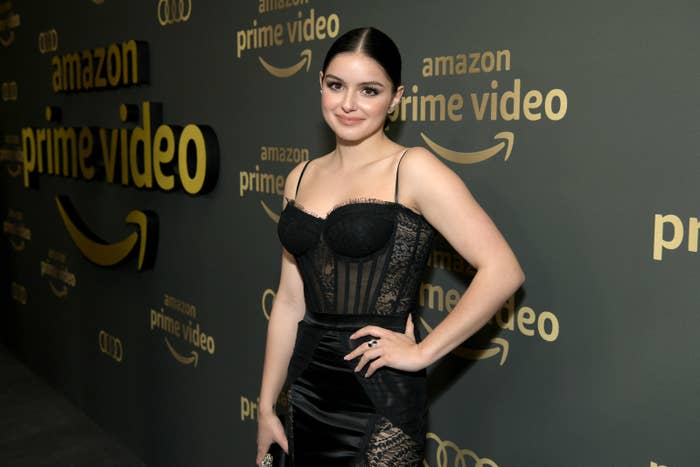 For years I had been on anti depressants that caused me to gain weight that I couldn’t lose no matter what I did. It was always frustrating for me because I wanted to be able to get fit and feel like the work was paying off, but it never felt that way. I had accepted it andmoved on. I stayed on those medications for so long because the process is really long and difficult. I wasn’t ready to go through it again so I just accepted feeling eh instead of trying to find something to actually feel better. Last year I decided I was sick of feeling wh (had nothing to do with weight) so I started the process again and was able to find a great combination of medication that works for me. The change in medication instantly made me drop all of the weight I couldn’t lose before by just giving me back a metabolism. That was very unexpected. While I feel better mentally with the change, and it’s nice to work out and have your body actually respond, but I want to gain a few pounds of muscle and get healthier. Also I want my butt back…

oh hey…didn’t see ya there #tbt

So there you have it. The other medication had actually been making her gain weight, and now everything has stabilized. Now people, please let Ariel Winter have a human body and live. That doesn’tseem like too much to ask.