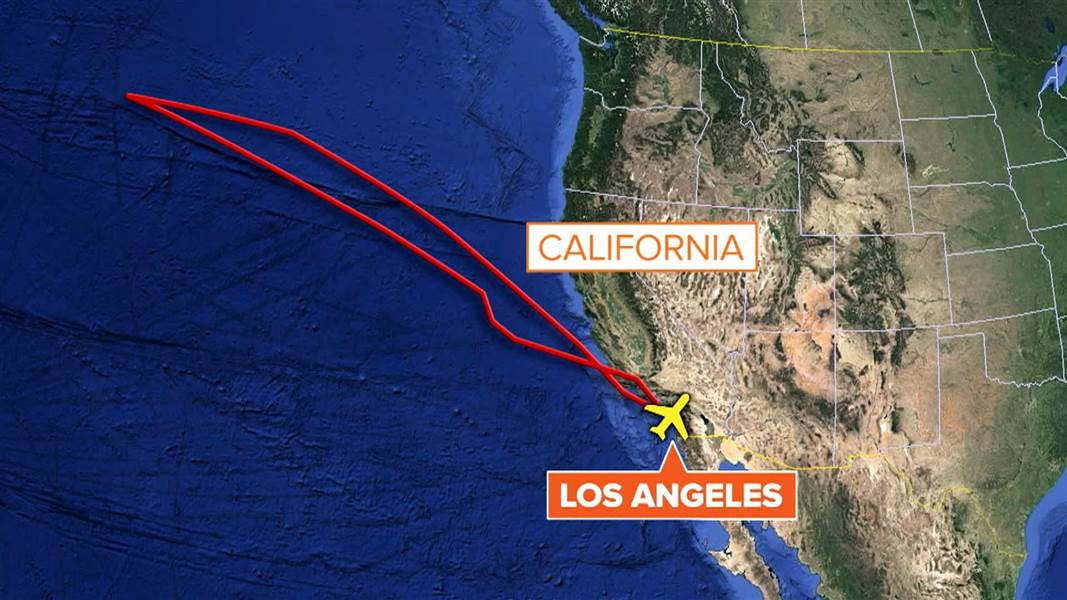 The flight path above looks a little odd right? That’s because it’s the path of a plane that completed an 8 hr journey to the middle of the Pacific from Los Angeles and back. Weird right? Why would a plane do that?

Well, apparently, this flight en route to Japan had to turn around once they realized someone was on the flight that wasn’t supposed to be. But that’s not the craziest part. No, the craziest part is that two passengers on this flight happened to be John Legend and Chrissy Teigen.

And in typical Teigen fashion, the live tweeted the whole thing. An experience that sounded rough was turned into an adventure because of the hilarious model. Home gurl just wanted sushi!!!!

So keep reading if you want to know every hilarious detail of this ridiculous journey.

a flying first for me: 4 hours into an 11 hour flight and we are turning around because we have a passenger who isn’t supposed to be on this plane. Why…why do we all gotta go back, I do not know

So many questions and I have no answers. Either do they. This person must be mortified though

Lmao after all this I will have spent 8 hours on a flight to nowhere. Like we were all just havin a great time up here flyin in the sky watching gran torino time to go home now

This person is so lucky that we will all have to deplane. Imagine having to walk off alone. The shame!