If you know who Gordon Ramsay is, then you know he’s not known for being the nicest guy. He’s a famous chef, and his thing is to yell at the contestants, and provide a lot of tough love. I’m sure he’s nice in his private life, but dude is scary AF on tv.

So, its no surprise that GR isn’t a cup of tea when interacting on social media. Maybe you would have thought that he’d tone it down a little, but that’s just not the Gordon we know and love.

Not sure when it started, but there came a point when fans started asking Gordon for food advice via Twitter. Instead of being overly nice to his fans, Gordon decided to give it to them straight. Not even straight, but give it to them brutally, without holding back.

Eventually people just thought it was so damn funny, they definitely started egging him on. You can always tell when it’s a serious query, or just a fan looking for some attention. Regardless, the results are beyond hilarious, and luckily we’ve got some images of the best food critiques from the one and only Gordon via Twitter.

These people asked Gordon Ramsay how their food looked, & his answers are savage: 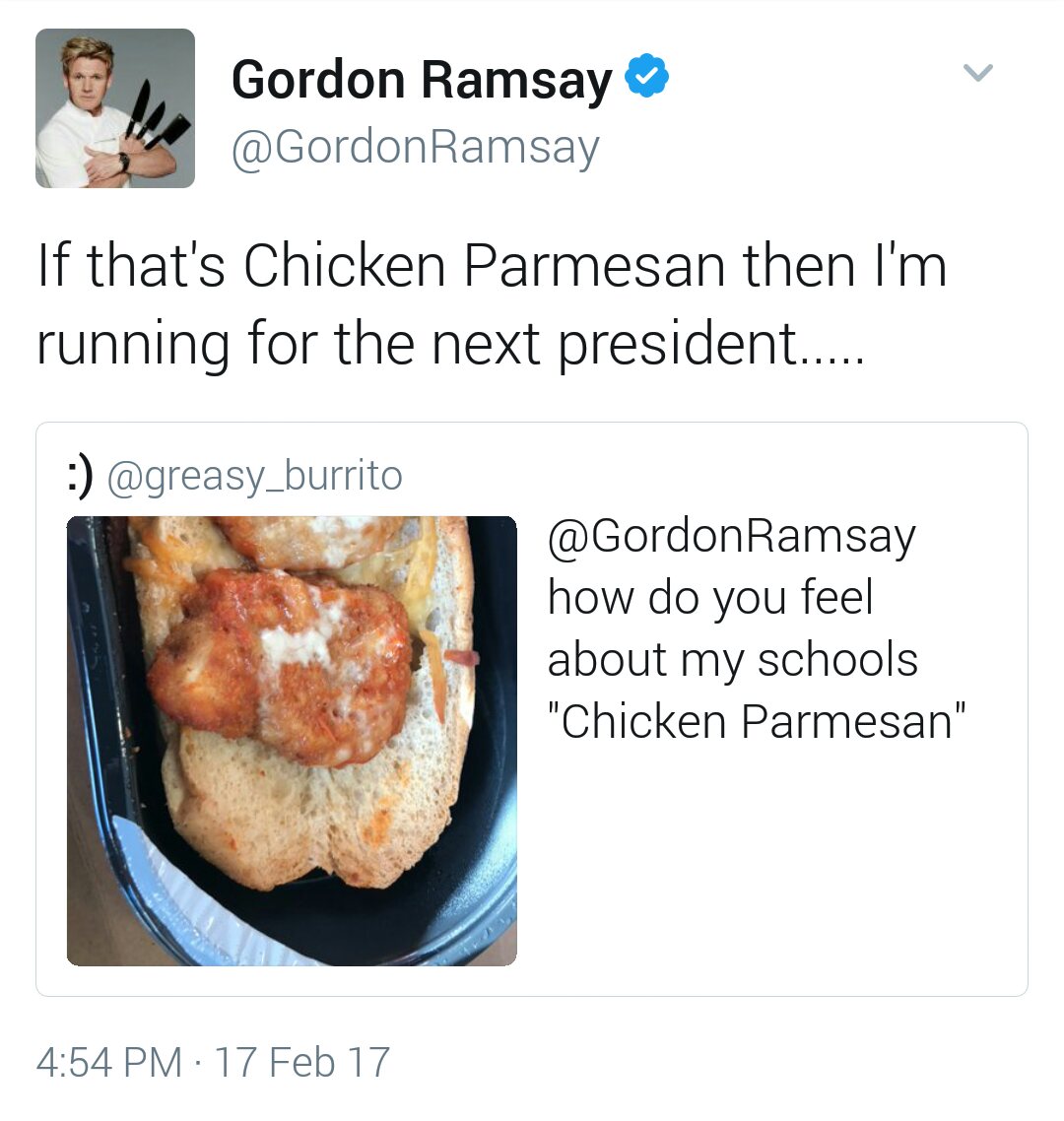 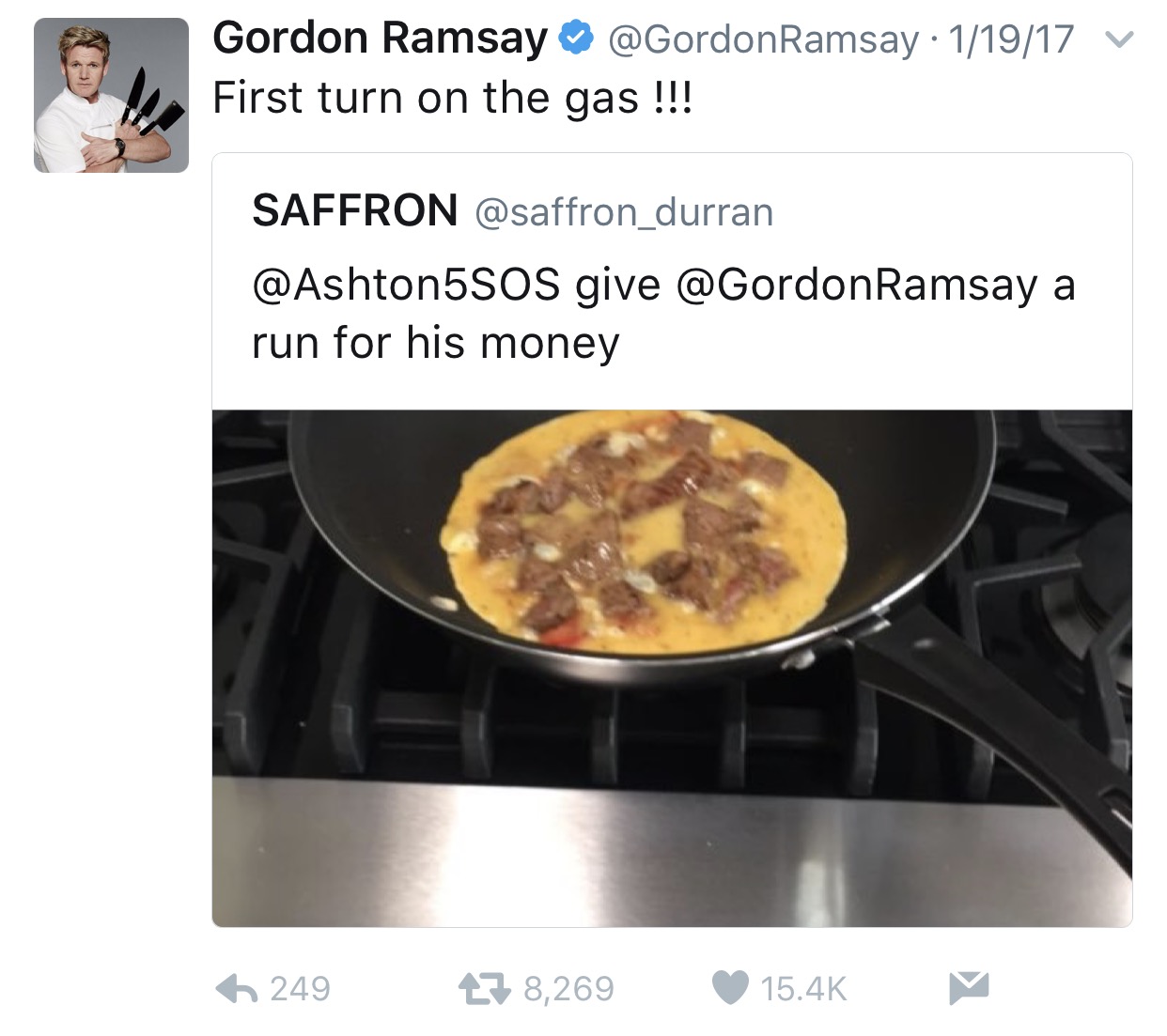 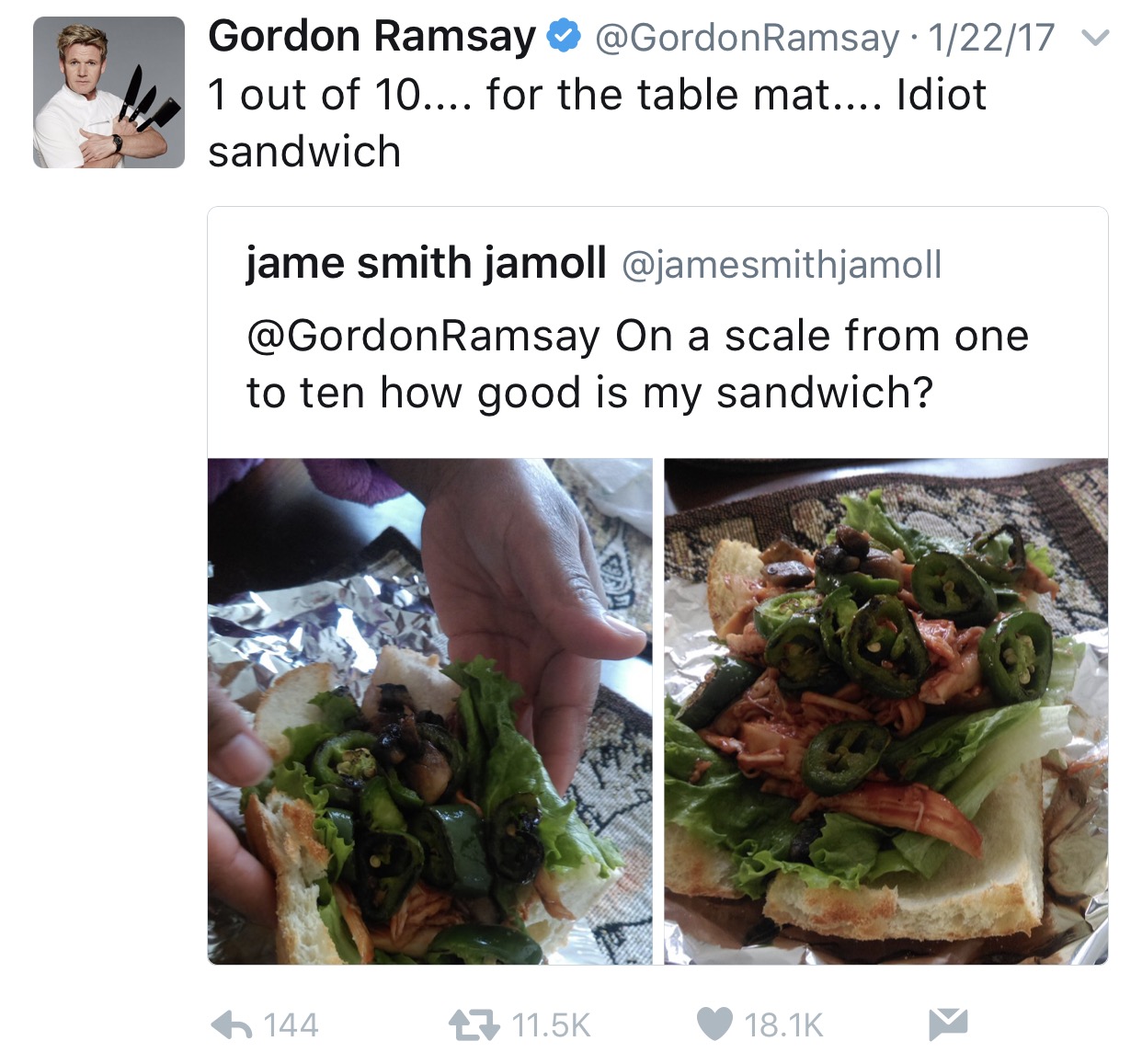 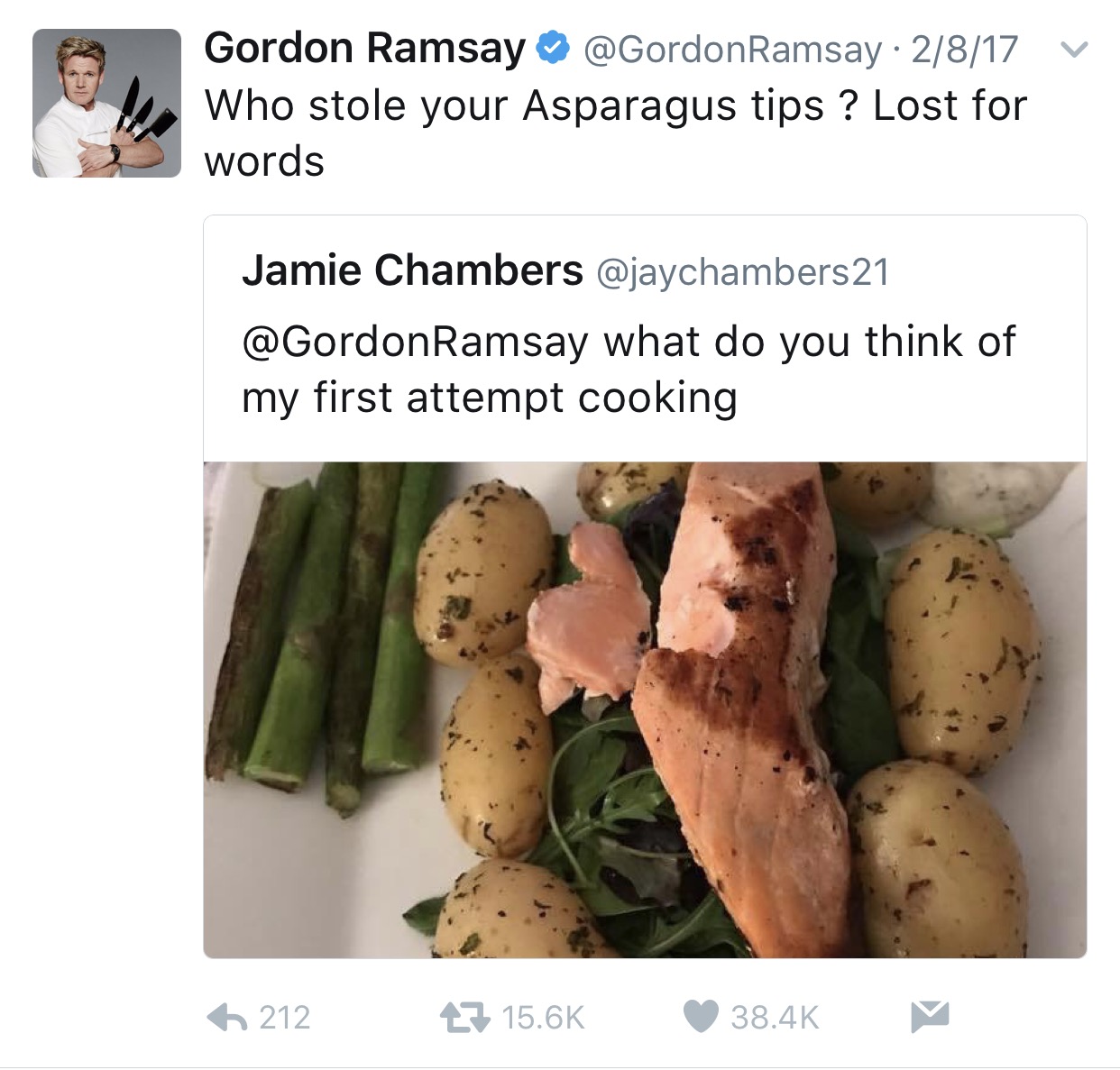 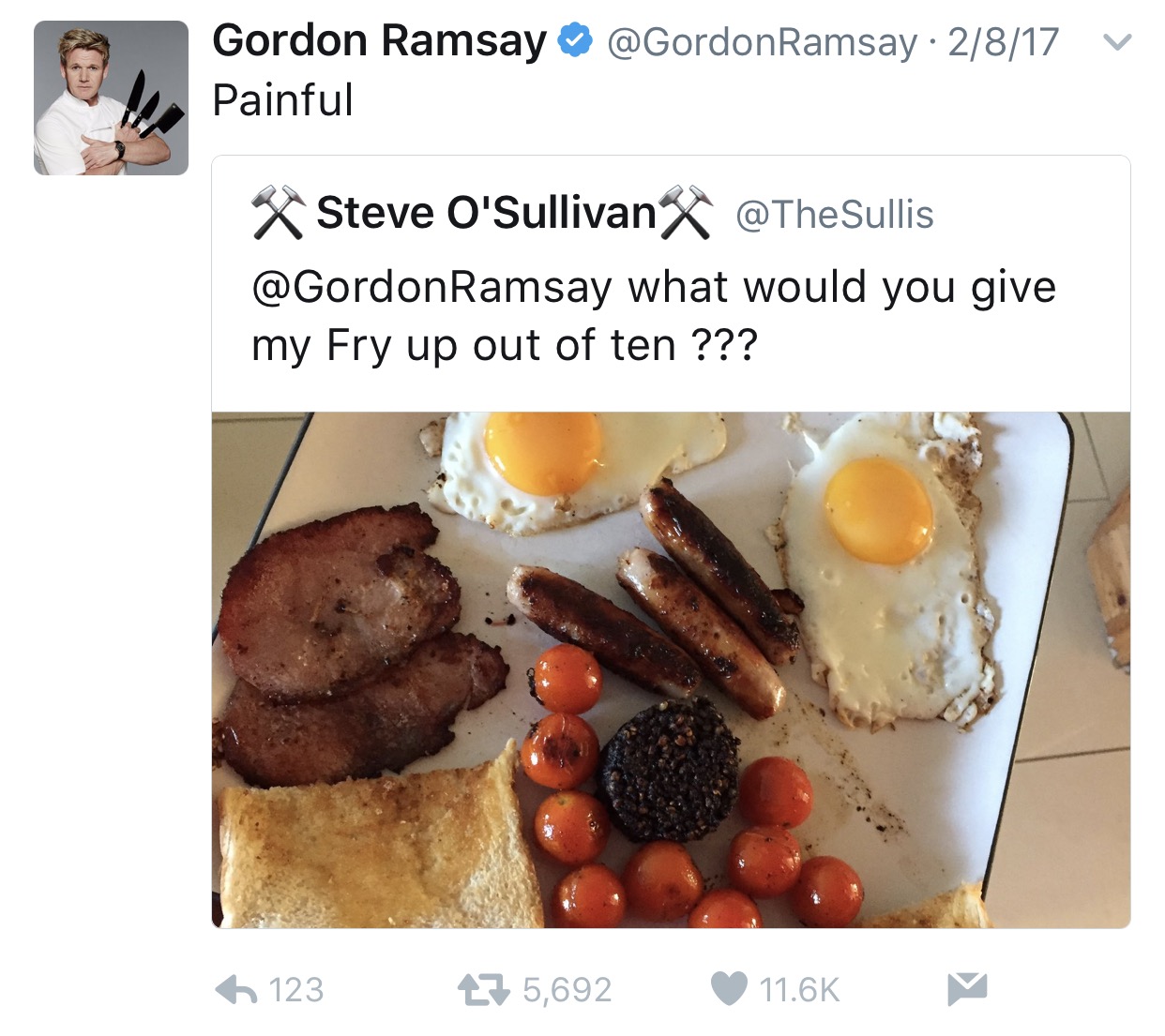 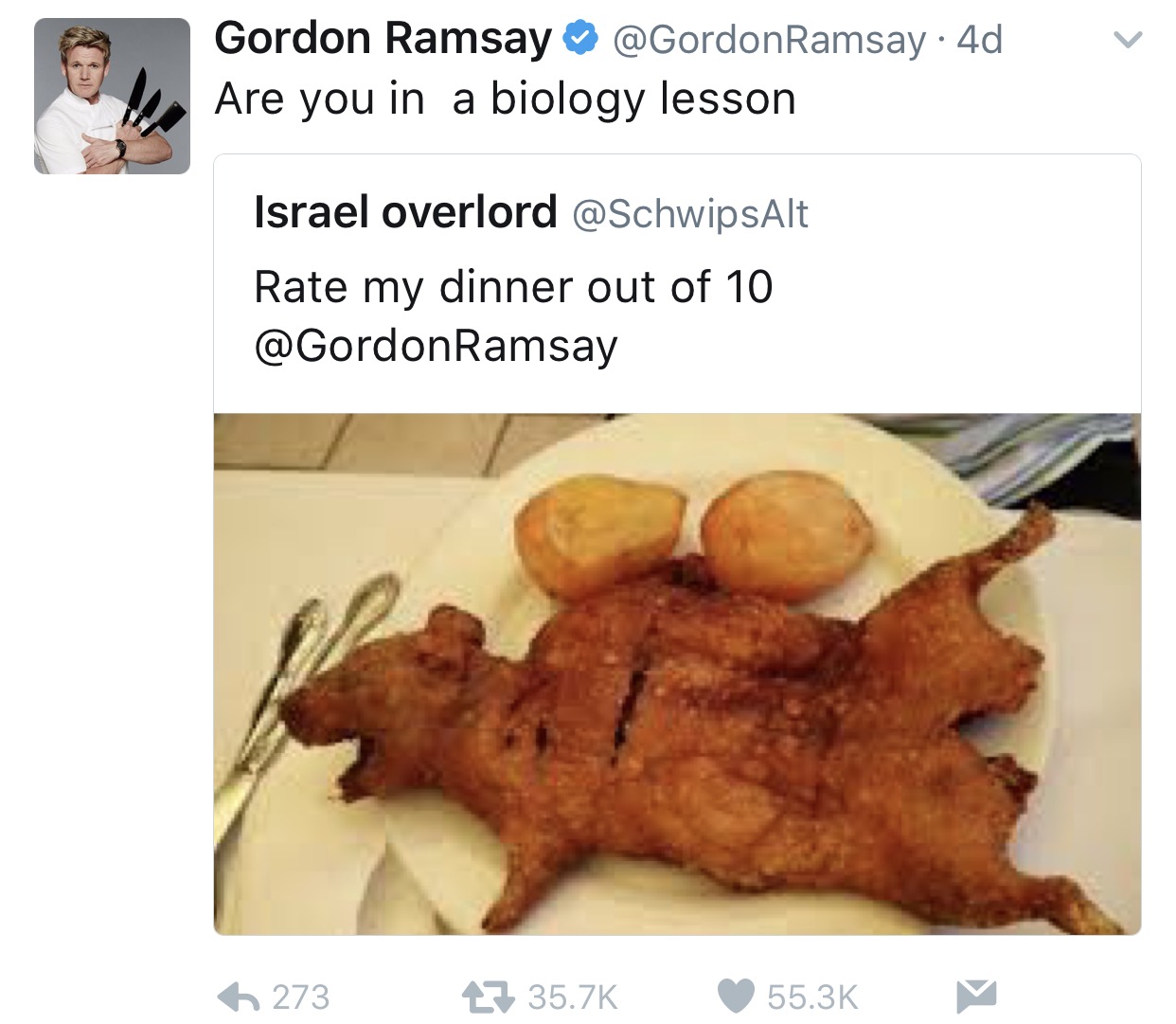