To be awkward in 2017 is to be spiraling down a path of existential despair while watching the unfolding of our political, environmental, and personal livelihoods — it’s inevitable. Whether it’s bumping into a mannequin in a store while apologizing profusely or saying goodbye to someone and then walking in the exact same direction, being awkward is a facet of life that some know all too well.

As someone who wants to crawl under a rock and disappear if I do literally anything embarrassing or warranting a whoopsie daisy, finding other people on the internet who have taken awkward to the next level is comforting. It’s comforting to know that I’m not the only person in the world who’s accidentally cupped a stranger’s penis after suddenly turning around because I forgot something. It’s extremely comforting to know that there’s someone out there who’s also told their phone interviewer “I love you” before hanging up. And in these trying times, a little comfort goes a long way, y’all.

Being awkward AF isn’t all bad, though. If anything, it allows us to post about our awkward experiences on the internet and then get digital handshakes from across the web, saluting our bravery in social embarrassment. So the next time you feel like cowering your head in awkward disdain, just remember — you can post that sh*t on Twitter, get thousands of retweets, and all will be well with the world. Well, not really, but enough for a slight semblance of happiness for 30 minutes.

These awkward moments are so cringeworthy, you’ll die of secondhand embarrassment: 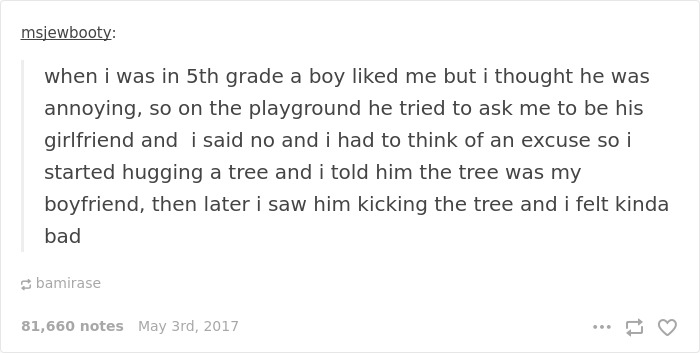