11. Chip’s old business partners sued him after he bought them out.

Before Fixer Upper, Chip and Joanna already partially owned Magnolia Real Estate Company in Waco, TX. When the couple was approached by HGTV about starting their show, Chip bought out the remaining company shares. A few years later his former Magnolia partners filed a lawsuit against him claiming they were kept in the dark about the TV deal before the buyout.

Chip’s attorney denied the claims and argued there was no attempt to contact Gaines about these allegations in the three years after the buyout.

12. Most of the show isn’t really staged. 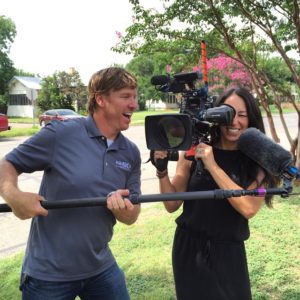 Despite some of the behind-the-scenes staging we’ve just revealed, most of the show does present very real situations. Many of the reactions are genuine and participants agree that Fixer Upper does portray authentic moments.

“What happens really is real. The producers might have you repeat things a few times, and they might film things multiple times from different angles, but the reactions and conversations are real. The hard thing is remembering what you said before when asked to repeat it,” Rachel Whyte explained.