Have you ever sent a email to your professor while you were drunk or high? Alright, maybe you have, but were you super discrete about it or hella obvious? I’m guessing pretty discrete.

At least the couple times I did, I sent the email after reading it through a couple times, trying to make sure I sounded as sober as possible. These people control your grade, wouldn’t you want to avoid pissing them off?

Well, some students just don’t give AF and send their professors crazy emails that are so obviously written when they’re drunk or high. The following 4 people did just that, and most of them even included that fact in the email, as if the teacher couldn’t already tell.

So how would you expect that interaction to go? Bad, right? Wrong. Turns out, most teachers find it hilarious, and will even exchange jokes and pleasantries with your drunk/high ass. So next time you think about sending that email to your professor, maybe don’t overthink it. It can’t be that bad. And who knows? Maybe you’ll go viral.

These 4 students sent their teachers emails while under the influence and it was hilarious:

First up, we’ve got this girl Abby Jo. She emailed her professor while on Hydrocodone: 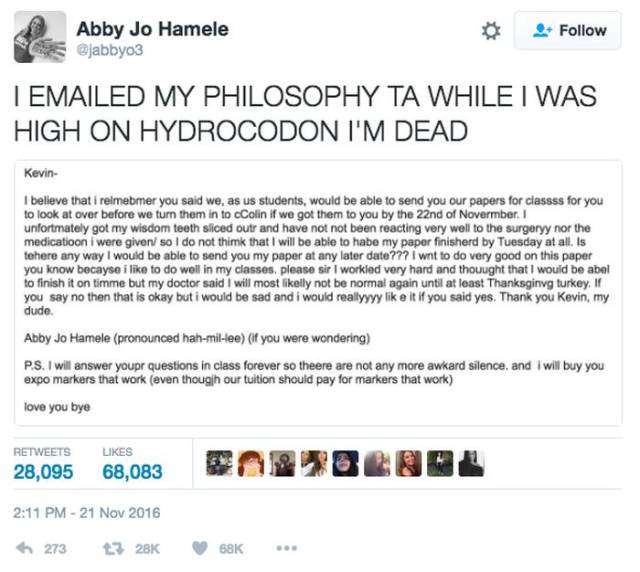 Perhaps her initial reaction was something along the lines of:

And then a little bit of:

Luckily her Professor seems like a pretty cool dude: 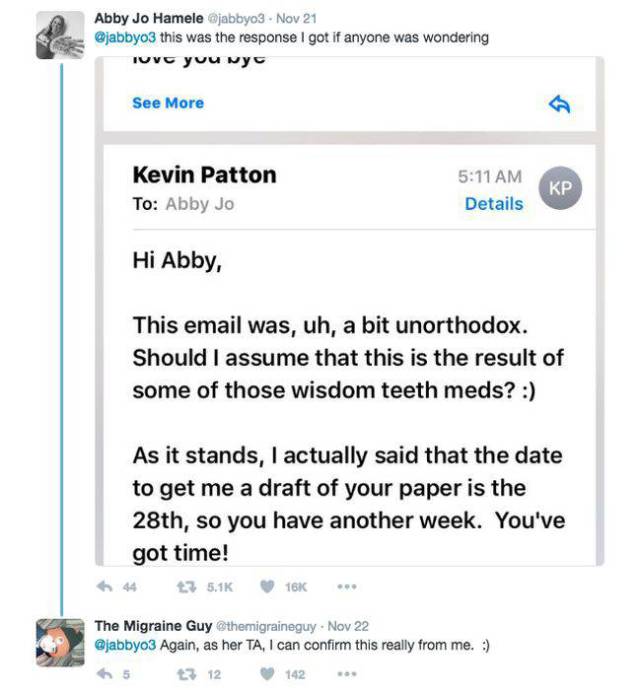