Being proposed to is all fun and games, until your loved one is down on one knee and you realize you’re wearing a pair of stained, pilly sweatpants, or you haven’t washed your hair in 3 days, or last night’s mascara is clumped painfully around your eyeballs, or, as in the case of Australian nurse Diana, your nails are looking a tad gnarly.

You can’t tell in this picture, though. And there’s a phenomenal reason why.

Diana’s helpful cousin offered her manicured hand as a substitute.

To be clear, all of the proposal scenarios above would be absolutely acceptable and romantic, if a proposal picture wasn’t the desire or expectation (pics or it didn’t happen, after all!) But we like Diana’s method better.

The images went massively viral after the manicured contortionist cousin, Jenna, posted the following to Twitter:

My cousin’s boyfriend proposed to her but she didn’t have her nails done lmao pic.twitter.com/FUwwplzkYg

The photos resonated with thousands, racking up over 750,000 likes in less than 48 hours.

Jenna followed up with several answers for the cynics, skeptics, and inquisitors of Twitter. 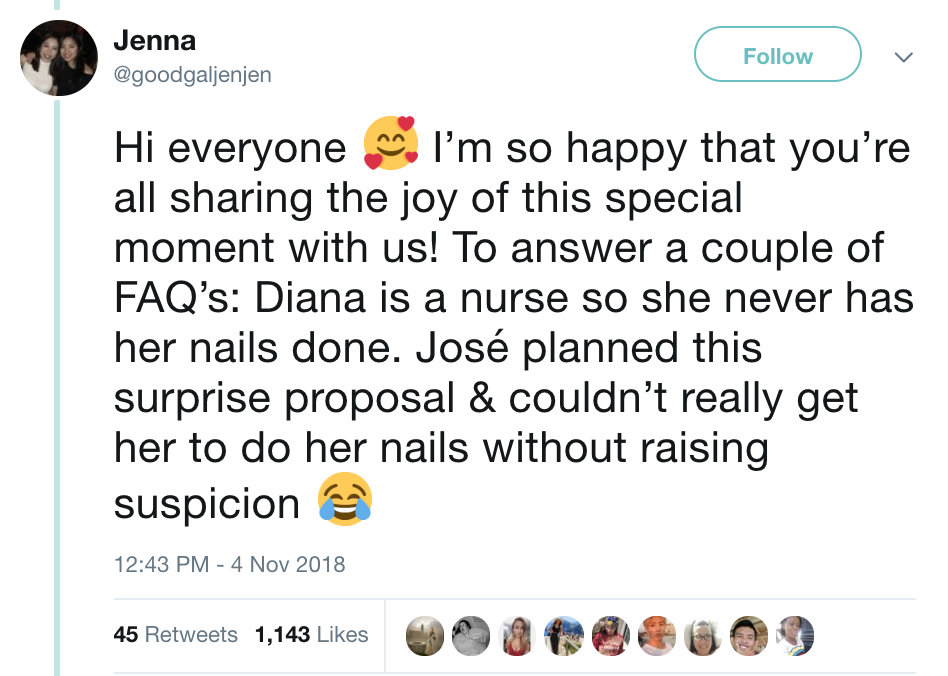 Diana’s profession renders painted nails unnecessary, and her fiancé José convinced Diana that the party was in honor of his parents’ anniversary. 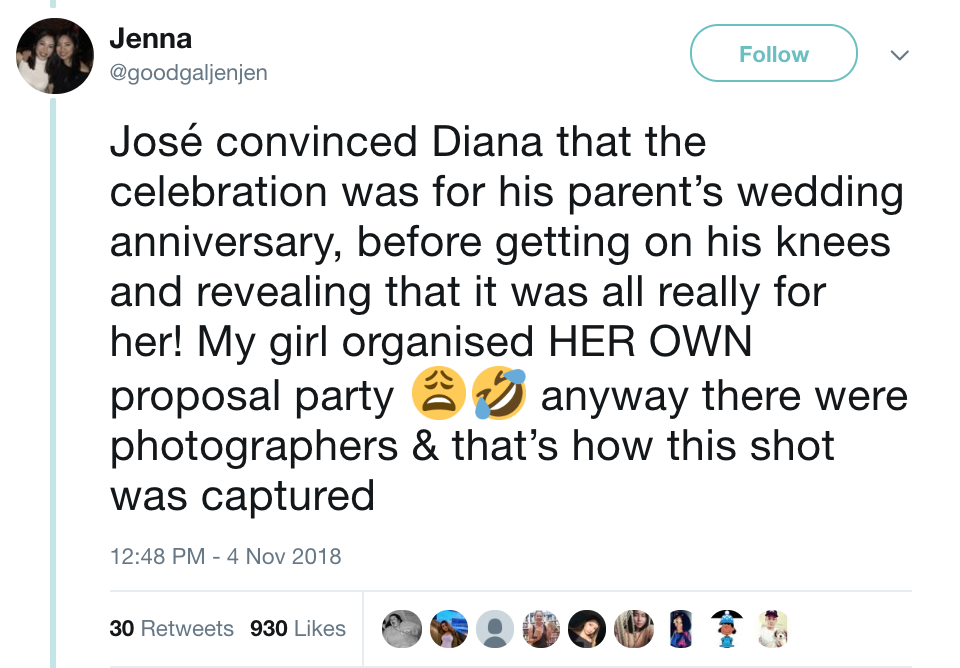 Reactions were varied. While many praised Jenna for being a real one and saving the day… 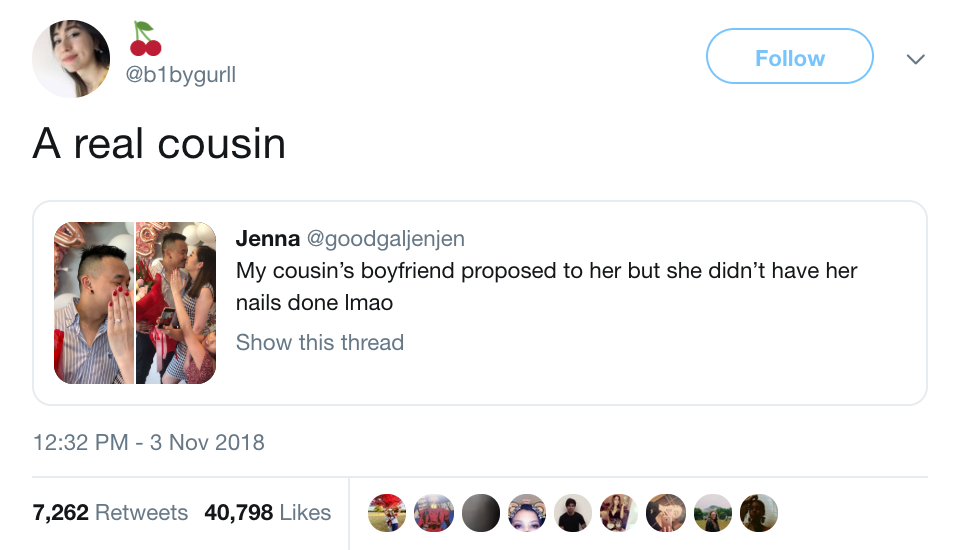 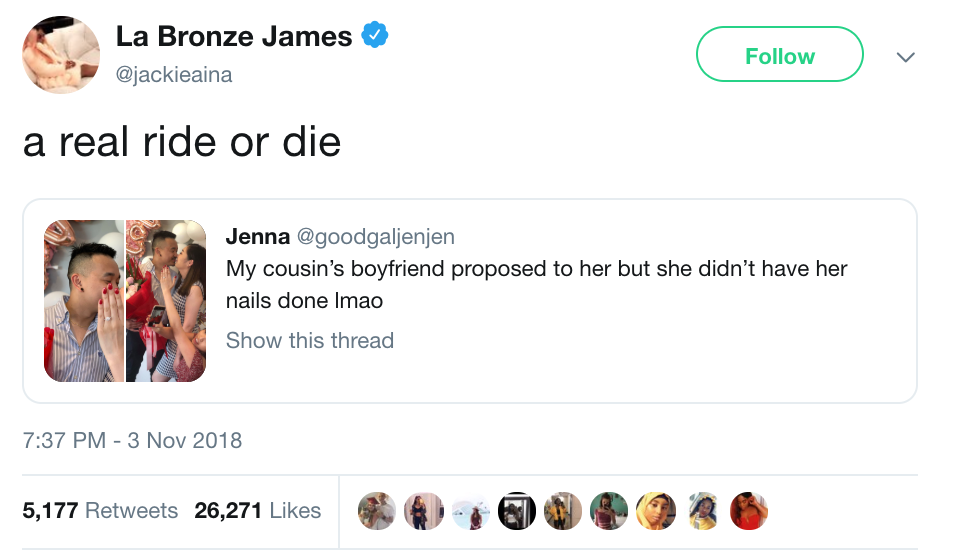 Others advised their future spouses and current friends to please make sure their nails look good.

Whereas some voiced their unwillingness to ever part with a ring they just received. 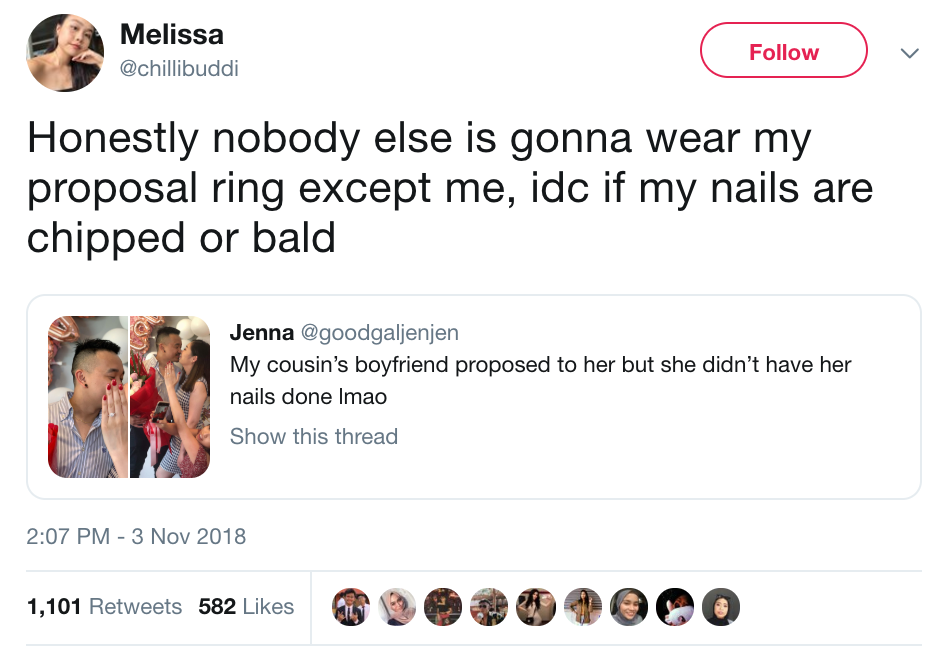 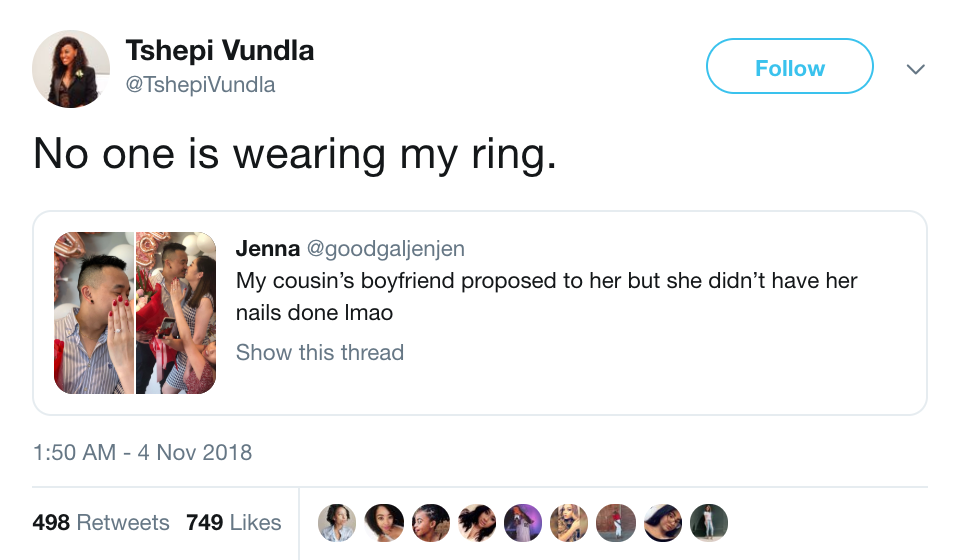 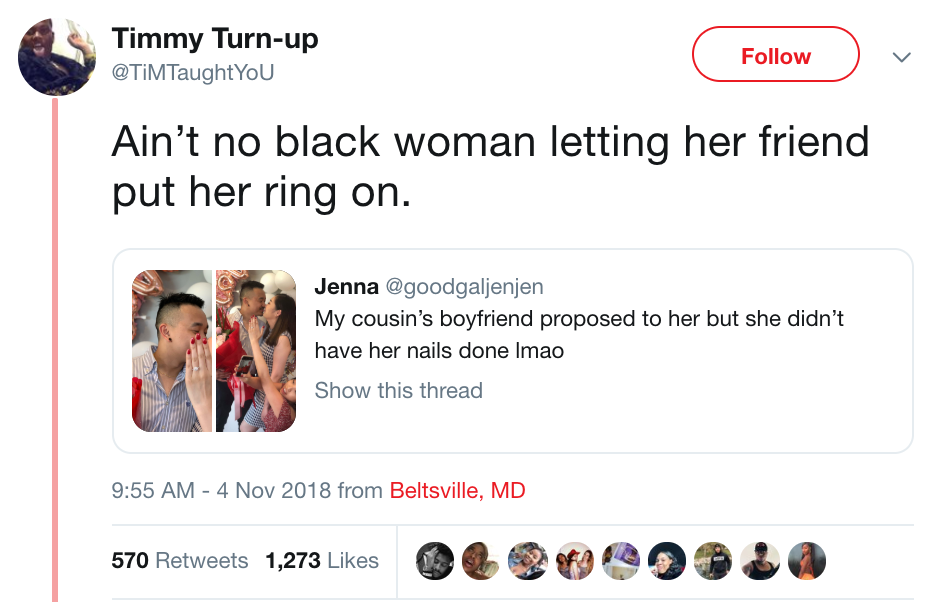 In addition to being the world’s best cousin and a killer friend, Jenna’s delicate digits could get her a foot in the hand modeling biz. Everyone deserves a Jenna in their life.