I mean, I’ve been guilty of it when I was younger, that’s for sure. Every time I had a new boyfriend or sleeping partner, whenever it was that time of the month, I’d just shut down and tell them that we couldn’t do anything because “Aunt Flow” came to visit. Yes, I actually used that term. And the one time that I encountered period blood during sex, I was completely and utterly mortified. The look on the guy’s face after he came back from using my bathroom is one that will forever be ingrained in my memory. It’s something that’ll haunt me for the rest of my days.

Yes, blood is gross and scary. It usually reminds you of a murder scene from a horror movie and you definitely wouldn’t want to encounter it when you’re in the midst of a steamy romp with your partner, right? Or maybe you’re into that sort of thing and that’s totally cool, too. Whatever floats your boat. Whatever fits your fancy, just know that these people have had some of the hottest experiences turn into the most embarrassing times that they wish they could erase. Mother Nature, you play a cruel cruel game. 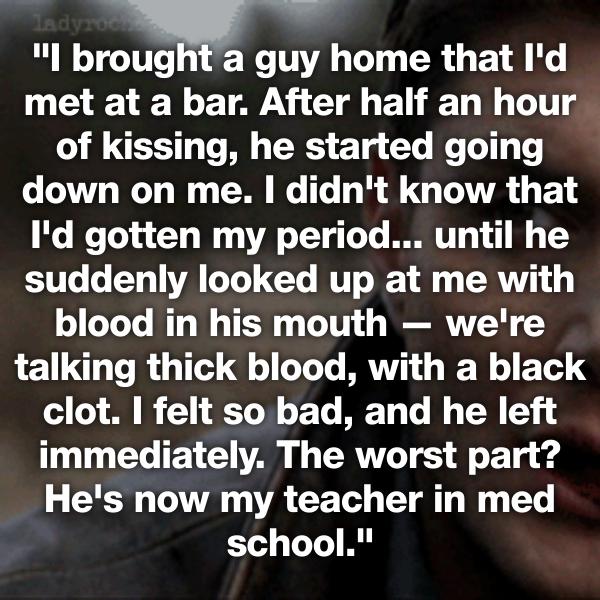 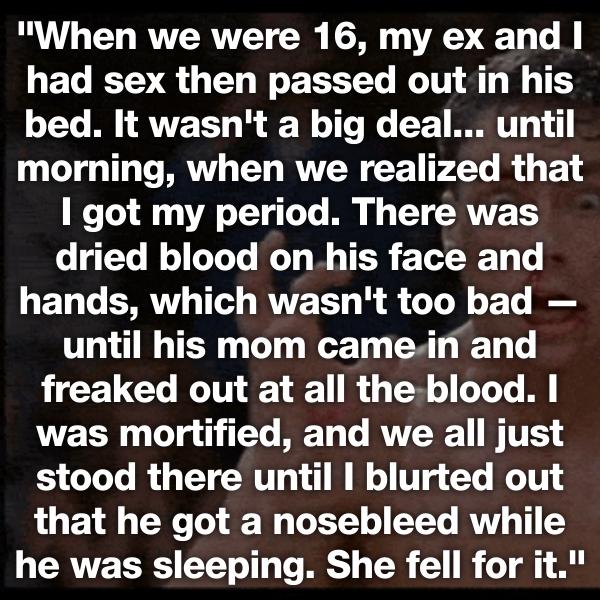 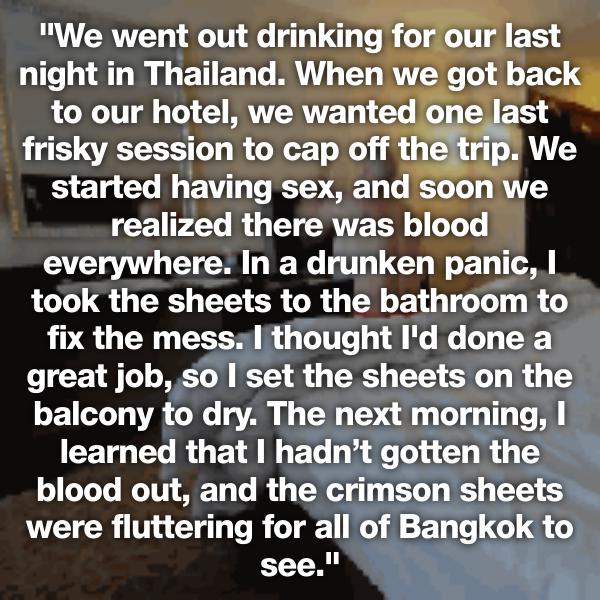 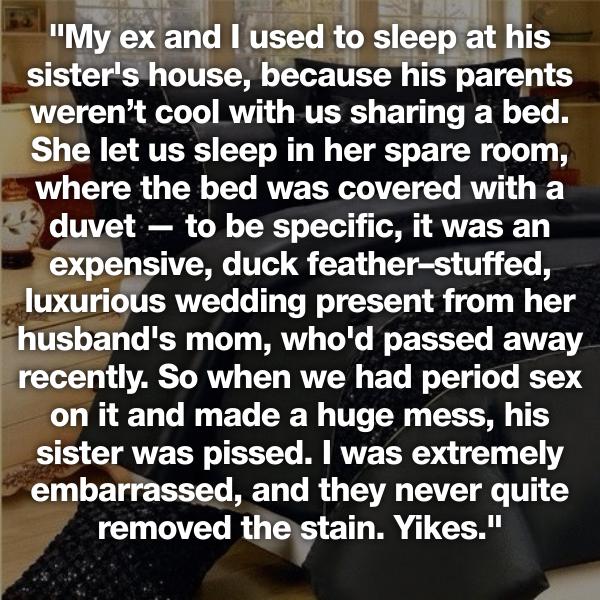