For some unfathomable reason, a select group of men has decided that women secretly love it when you verbally abuse and insult them. This trend was most likely inspired by the advice of gross, misogynist “pickup artists,” who tell men that dominance is best displayed via rude, insensitive remarks. This process of breaking someone down in the hopes that their standards will be so low that they’ll agree to go out with you is known as “negging,” and, spoiler alert: it’s obnoxious.

Kat Havoc, a comedian from Creve Coeur, Missouri, recently encountered a guy who assumed that negging was an effective way to pick up women. He started off their messaging exchange by telling Havoc she was “ugly”

However, Havoc wasn’t about to let this trollish guy get her goat, and she clapped back with a fiery response.

Of course, after all that, the guy still had the audacity to ask her for “full body pics.”

Havoc is no stranger to shutting down misogynist gremlins hell-bent on objectifying and/or criticizing her appearance, though. 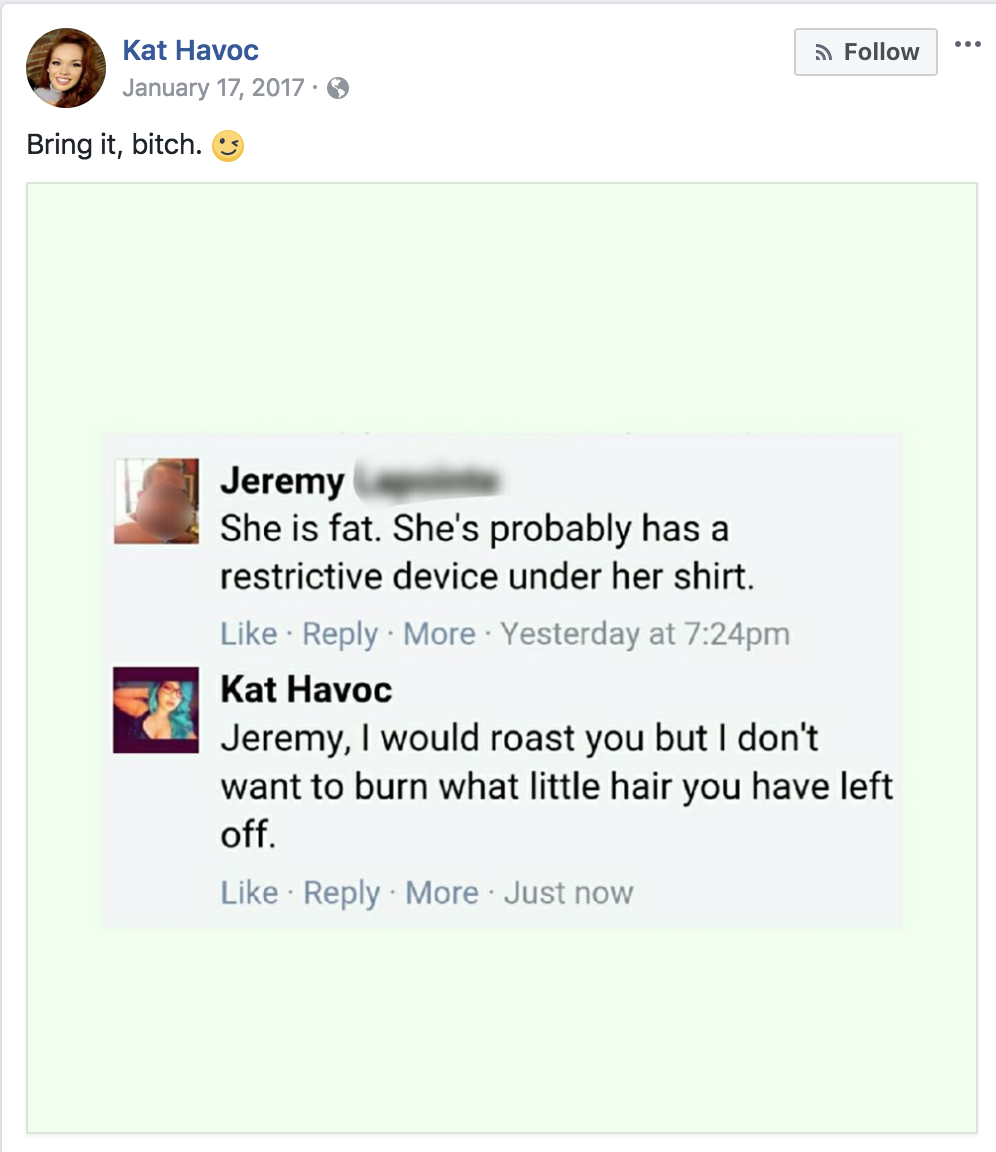 Let this serve as a reminder to men who feel compelled to hurl unprovoked insults at women in the hopes that they will have sex with you: you’re extra, you’re tacky and your methods don’t work.

And if you don’t cut it out, then women will share shameful screenshots of your messages on social media for the rest of us to laugh at.